In our search for an open network solution, we needed an agile, cost-effective vehicle to expand our data center,” said Sheng Yeo, CEO of OrionVM. “Cumulus Linux fit the bill. We can now hit the ground running with the flexibility to manage our networks like any other server in the data center, while leveraging existing Linux network management daemons. We love the model and approach, and have it deployed in production already.” 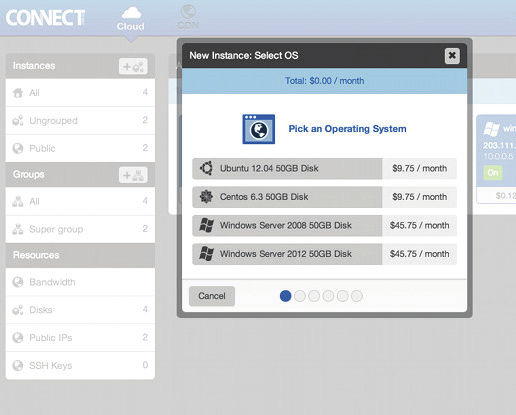 The network architecture is a two-tier architecture with an L3 Fabric, which is a combination of OSPFv2 and BGPv4 (Quagga routing suite). The Prescriptive Topology Module daemon (PTMd) helps with connectivity verification against a topology graph. Alongside Cumulus Linux, OrionVM leverages existing Linux daemons for L3 gateway failover, and its own daemons for orchestration and monitoring/troubleshooting. The open nature of Cumulus Linux helps create differentiation. OrionVM’s team can program the network for optimizations based time of the day, service level agreements, and other parameters driving price/performance efficiencies.

The CAPEX savings with the Cumulus Networks model enabled a faster fabric comprising wire-rate 10G switches. This was a ten-fold performance increase at the same cost! OrionVM also realized significant OPEX savings. The same engineers that managed the hypervisor Linux networking stack can now manage the switches. The network architects can focus on the architecture, and the overall team can gain more widespread control and easily develop new platforms/services. All this leads to team efficiencies, and servicing customers with faster speed of delivery.

Cumulus Linux provides the price/performance, and open ecosystem needed to achieve OrionVM’s goal of high performance, agile infrastructure at a fraction of the cost of others. Customers can get rapid service delivery with a cloud infrastructure available within minutes. OrionVM was able to deliver the same model proven in its Linux compute environment in our networking environment.

The OrionVM internal stack is primarily Linux, so having Linux on the networking gear was a natural fit. Moreover, Cumulus Linux breaks away from locked in and proprietary CLI – Cumulus Linux is Linux after all, and what’s even more important is its open ecosystem with the following advantages:

“Cumulus Linux enables you to do more with current resources at 1/3 the initial price of the competition. And rapid service delivery means that where it used to take 24 hours, customers can now get their own network ready within 10 minutes,” said Sheng Yeo of OrionVM.

What’s next? The next generation platforms supported by Cumulus Linux 2.0 provide even more flexibility with a bigger buffer, larger flexible routing tables, richer ACL counters, and network virtualization. Flexible L3 routing tables can help effectively scale connectivity. Richer ACL counters could serve to track routing optimization. And the current cluster runs its own modified version of SDN overlays, so hardware SDN technologies could then be leveraged for SDN overlays over the existing network infrastructure.

Want to build your own success story on our platform?